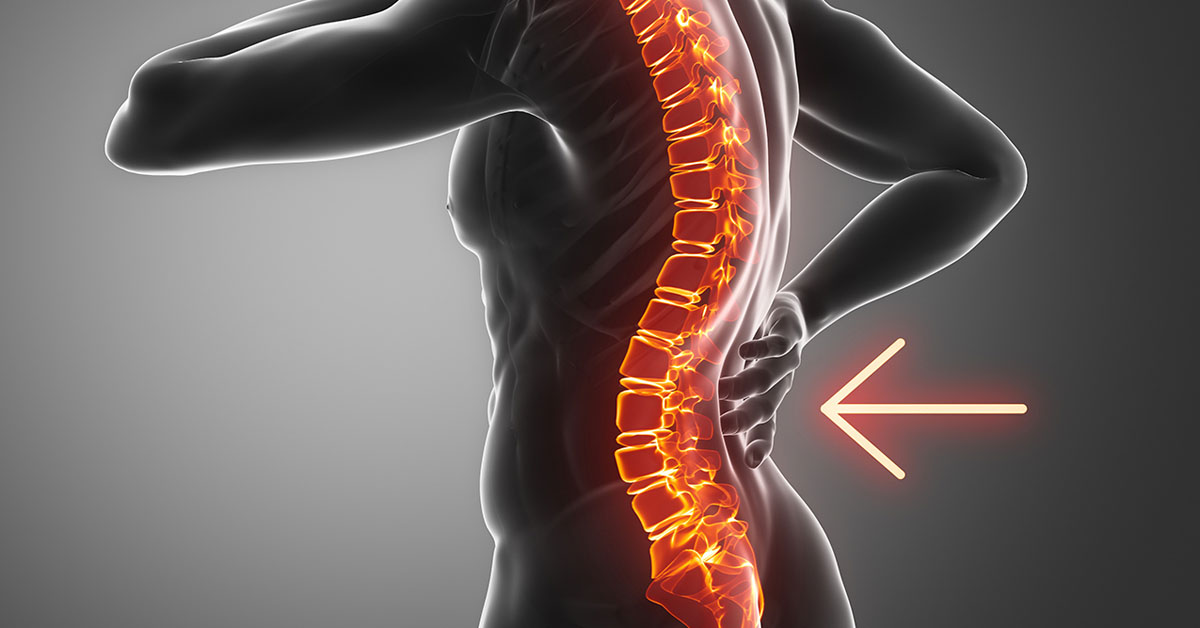 Lordosis can be caused by several different conditions, including spondylolisthesis, osteoporosis, obesity, or discitis. It can also be caused by kyphosis, hip dysplasia, achondroplasia, neuromuscular disorders, or poor posture. Lordosis usually develops in the lumbar spine but can affect the cervical section of the spine as well. This condition can occur at any age.

A person with lordosis in the lumbar section of the spine will have a swayback appearance, which creates a prominent buttocks. When laying down on a hard surface, a patient with lordosis will have a significant amount of space between their lower back and the hard surface. Lordosis can sometimes cause pain that affects mobility and range of motion. Symptoms may vary, depending on whether the lordosis is caused by an underlying condition.

Diagnosis of lordosis begins with a review of the patient's medical history, followed by a physical exam. During the physical exam, the physician will ask the patient to bend to the side and forward to check range of motion and spinal alignment. This will also reveal if the patient's curve is fixed or flexible. If the curve is flexible, the lordosis will correct itself when the patient is bent over. This means the curve is not that problematic and may not need medical treatment. If the curve is fixed, or does not correct itself, treatment may be needed. The diagnosis can be confirmed with an X-ray.

How is Lordosis treated?

Treatment for lordosis ranges depending on the severity of the curve. Nonsurgical treatments include anti-inflammatory medication, physical therapy and bracing. Surgery may be needed if the curve is particularly extreme, or if nonsurgical treatments have failed to have an affect on the curve or symptoms after a certain period of time. Surgery may also be needed if the nerves or the spinal cord are being affected by the lordosis.